I have incredibly exciting news, and that news is that my ‘hail Mary’ worked and I will be returning to Lourdes in 5 months!

I will be travelling with a charity called HCPT for the second time,  three years after my first encounter with them.

HCPT came in to my life when I needed them the most.  I had been ill for 5 years and was very dependent on others – if I wanted to do something independently then I had to use a wheelchair, and even then I lacked the energy needed to get myself around.  I was overwhelmingly reliant on others. I didn’t attend a mainstream school so had very few friends and I had just been dealt with the blow of one of my closest friends passing away.  Needless to say, I wasn’t in the best of places.

A teacher at the health referral unit I attended who had been travelling to Lourdes annually mentioned that we could go on a trip to France with this group.  I wasn’t overly enthused and didn’t think I would be selected to go (as I didn’t view myself as ‘disabled’ or ‘ill’ or whatever that particular label was.) After some nerve calming and persuading from my teacher, I put in my application.  Not long afterwards I heard back saying that I had a place… I was nervous and felt unworthy, but again after a pep talk I decided I’d give it the go ahead.

Weeks passed and I met my group leader/deputy group leader and a few of the 2013 helpers on various visits to my home.   HCPT want to match helpers and children that get on well, and this was the reason for meeting so many different people.  I met my helper Rachael and we got on like a house on fire, I think by discussing our favourite, similarly weird musicians. I still owe her one for teaching me the art of sarcasm.

Anyway, the months went on (as they tend to do) and Easter approached quickly.  In this time, I had a few more meetings with Group 216 and it’s members in order to get to know them all better.

Eventually the day came and I was up bright and early to board a coach which was going to take us to the airport.  Let me now take you to my A-Level English piece.  It’s flowery, but explains my experience of Lourdes.

I’ve cut it down to a fraction of what it was:

At 9PM we took part in the Candlelight Procession, which has taken place each night in Lourdes since 1872.  Each group from HCPT, and there were many, joined together to march through Lourdes with candles.  It was like heaven on earth, and struck a chord with many. Stars glistened from the ground instead of the sky.  Tears fell as the magnitude of what was happening hit people one by one. Candles were lit for lost friends, family members and those who were simply in need of a healing thought. That night, I went to bed with a sense of gratefulness for the things I had now realised I had, but I made sure I didn’t forget the things I had lost.

The Pyrenees mountain range is something I will never forget.  I stepped off the coach (it is a short drive from Lourdes itself) and took a few steps around a corner. In front of me was a sight I had only ever expected to see on a cover of National Geographic.  Snow covered mountains and a flawless light blue sky meant I could do nothing but stare for a few moments.   When we had all recovered, we began our ascent up to a grassy plain on the mountain.  One of the members of our group emotionally took his first holy communion and others played carefree with bubbles and parachutes.   We slept contently on the coach back to our hotel.

At the end of the week we attended a Mass in the largest basilica, the basilica of St Pius X. Every child, helper and even the creator of HCPT, Brother Michael Strode piled in to the enormous room.  We painted faces and the atmosphere of sheer excitement in the room rose.  So many people in one room was bound to create a stir.   Groups from Yorkshire were leading the mass, so naturally there were a lot of flat caps and Yorkshire tea puns… then came the singing.  We knew that the songs and sign language we had been gradually learning over the week were most definitely going to come in useful!  Singing roared through the basilica; beautiful acoustics and enthusiastic singers made for a spine-tingling few hours.  Each group had their own flag, and they were paraded in to the sound of “Rise and Shine,” which was HCPT’s signature song.  It’s definitely one of those songs that once it’s in your head… It is in your head! Even the song is full of joy, clearly a representative of everything Lourdes brings to children’s lives.

The flight home was an emotional one.  I’d spent a week with people who had become my family – the sarcastic aunt, the caring mother, even the jokey brother.  There were so many more and we all had an unexplainable connection with each other.  We’d shared an experience I could never convey through words.  When we walked through Manchester airport gates to see our real families, a mixture of emotions overcame us.  We were full of happiness that we were home mixed with an overwhelming sadness that we were no longer in Lourdes.  Fond but upsetting good byes lead to tears; it was like saying good bye to the place I had decided was home, people I now loved.

Before I visited Lourdes, I was extremely worried and unsure of what to expect.  I was not from a religious background, and I am still not religious, but I can safely say that Lourdes has shaped the person I am today.   I recommend Lourdes as one of the most meaningful places I have ever visited, and along with its sense of community, it created one of the best weeks of my life.  If you ever get the chance to go, go… and don’t forget to say your hail Marys!

From then on, my life has only continued to get better. That week took me away from what I knew, and questioned it. Group 216, my adopted family for the week, dug me out of a dark place and for this reason I am an advocate for anything HCPT.

It brought back my independence and taught me to be Rosie again.

It will be an honour to go back as a helper, and hopefully pass on the happiness, unity and strength it gave to me on to someone else. 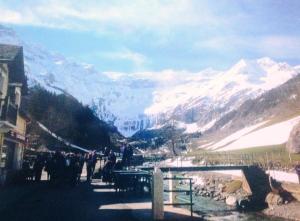 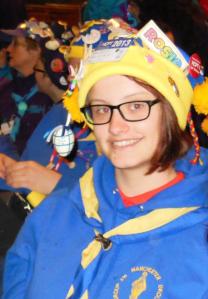 View all posts by rosieheatonpr